More than 300 nominations were received from the Asia-Pacific region with Gold, Silver and Bronze Stevie winners selected by more than 50 executives worldwide.

In winning the awards, Elena said that she was honoured that AIS had been recognised for its manufacturing excellence, particularly in such illustrious company as other Australian winners including Billabong International Limited (QLD), iiNet (WA) and Harvey Norman (NSW).

“AIS’ water disinfection systems are operating in some of Australia’s leading commercial aquatic facilities, municipal pools and hotels and resorts and have been exported to over 55 countries worldwide, Elena said.

“Our innovative and quality products let facilities bid farewell to the endless cycle of chemical dosing forever and just as importantly, are all developed and manufactured from our Brisbane headquarters.

“This whole-of-product life cycle allows us to have total quality control which, when combined with our outstanding client service and after sales support, offers clients complete peace of mind.”

President and founder of the Stevie Awards, Michael Gallagher said that he was delighted that the Asia-Pacific Stevie Awards had debuted with such a stellar group of winners.

“We look forward to celebrating the winners and presenting them their awards at the gala banquet in Seoul on 30 May.  We extend our most heartfelt congratulations to all of this year’s Gold, Silver and Bronze Stevie Award winners.”

Details about the Asia-Pacific Stevie Awards and the full list of Stevie Award winners are available at Asia.Stevieawards.com. 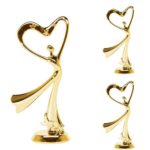 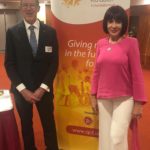 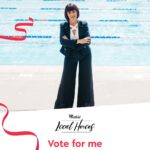