Australian-Russian Media gets behind Elena Gosse and Dancing CEOs

Australian-Russian Media gets behind Elena Gosse and Dancing CEOs.

As part of fundraising activities a number of traditional Russian Matryoshka doll sets were handpainted by Russian and Australian artists.

Eight sets of the dolls will be auctioned online at https://www.facebook.com/ElenaGosseDancingCEO/ from 1-10 April 2016.

Special thanks to Liudmila Larkina, President of the Russian Australian Representative Council of Queensland for her support and coordination of the painting of the dolls and the talented artists who donated their time and artistic efforts for a good cause. 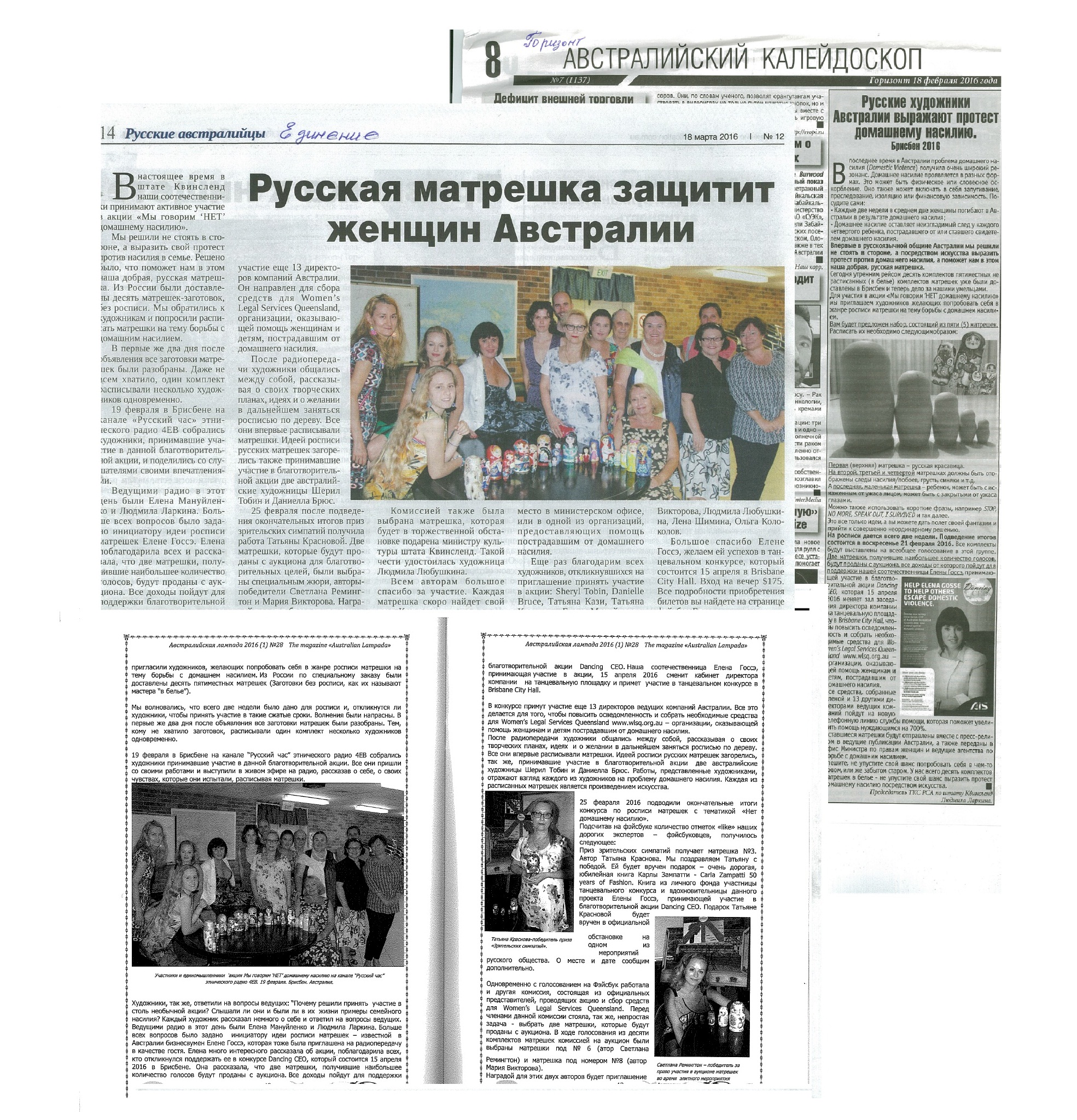