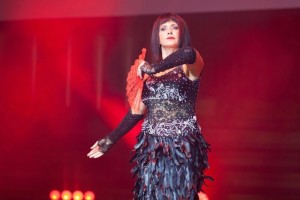 Amidst the 800 strong, cheering crowd, the shine of the spotlights on stage, the swish of feathers on her costume and the dramatic choreography of her tango dance routine, Brisbane CEO Elena Gosse of water disinfection company, Australian Innovative Systems knew that she was dancing to make a difference.

At last night’s (15.4.16) Dancing CEOs event in aid of Women’s Legal Service Queensland (WLSQ) Elena not only achieved the night’s first perfect 10 score from one of the judges for her dance routine, but also scored the title of Community Awareness Champion for the evening.  The special award was bestowed on Elena for the high level of awarenesss and exposure she had generated for WLSQ and the Dancing CEOs event through her innovative fundraising campaign activities which included numerous public speaking roles, creative fundraising events, and raffles which attracted a high number of donations and associated publicity. 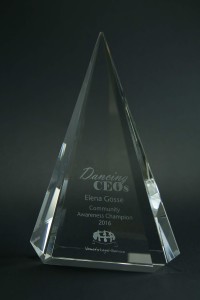 Elena raised a grand total of $23,472 for Women’s Legal Service with the event raising more than $219,000 from the 12 participating CEOs’ fundraising total and ticket and raffle proceeds.

“As much as the fundraising and dancing were important parts of the evening it was equally important to me to raise awareness of the incredible work that WLSQ does, Elena said.

Elena said that although Dancing CEOs was now over for another year, the grim reality is that domestic violence will continue.

“The $200K raised as a result of Dancing CEOs 2016 will help WLSQ to run their free help line for another year.

“It is why I would like to thank everyone involved in the event, from the organisers and volunteers, to the sponsors and all who supported me and donated to my fundraising campaign.  In doing so they have helped thousands of women and their children on a journey to lead safer, happier lives.” 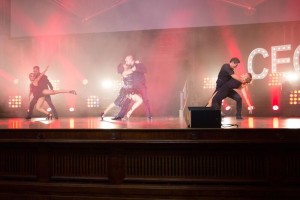 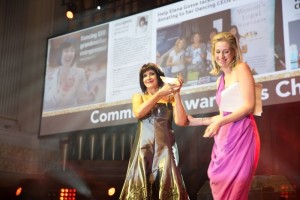 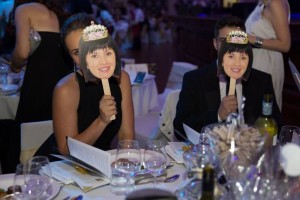 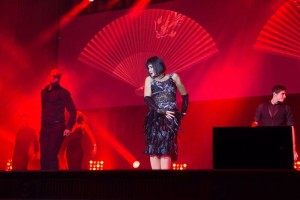