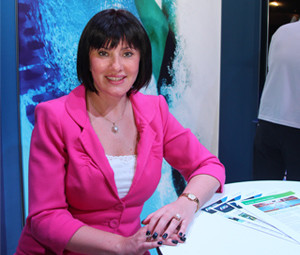 Elena Gosse is not new to winning awards. Already she has a series of awards for her business acumen, while the company of which she is CEO, Australian Innovative Systems (AIS), has also accumulated several innovation and product awards during her tenure.

These include being names one of the 2014 Australian Financial Review and Westpac 100 Women of Influence. She was recognised in the Business Enterprise category for her leadership in steering AIS’ strategy and direction to make it the national and international business success story it is today.

Now she has improved her standing internationally by winning three prestigious Silver Stevie Women in Business Awards as well as collecting a Gold Stevie for AIS.

The Awards were presented in November at a gala ceremony in New York City.

Gosse and AIS were awarded the Gold Stevie for Most Innovative Company of the Year with more than 10 Employees; and three Silver Stevies for Woman of the Year – Industry; Female Entrepreneur of the Year in Asia, Australia or New Zealand and Lifetime Achievement – Business.

The Stevie Awards for Women in Business form one of the world’s top honours for female entrepreneurs, executives, employees and the organisations they run. The 2014 awards received more than 1200 nominations from 22 nations and territories. More than 160 executives worldwide participated in the judging process.

Gosse says that winning the awards came after a period of intense business activity for AIS looking to launch two new products to the national and international market in the next six months.

The company’s extensive range of chlorinators employs sophisticated proprietary technology combined with the process of electrolysis to disinfect water inline (or offline) and onsite for residential and commercial applications. AIS has more than 20 years’ industry experience and a reputation for continuous innovation and has exported its technology to more than 55 countries worldwide.

“Having our people and products acknowledged internationally with awards such as the Stevies proves that our innovative, Australian-designed and manufactured technology is recognised as world class,” she says.

“Of course any accolade that is bestowed upon our company is really due to the outstanding efforts of our staff who continue to strive for new levels of excellence in water disinfection technology.”