GIVE A HIGH FIVE – SAY ‘NO!’ TO DOMESTIC VIOLENCE 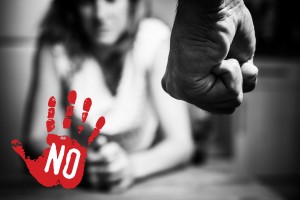 GIVE A HIGH FIVE – SAY ‘NO!’ TO DOMESTIC VIOLENCE

It is everyone’s responsibility to stop domestic violence. As an industry we can join together and show our collective support.

Join AIS in a display of industry support by donating to AIS CEO, Elena Gosse’s fundraising efforts for Dancing CEOs, a charity event to help women and their children escape domestic violence. Give a high  five against domestic violence NOW by donating $5 (or more) via the secure Everyday Hero link here: https://give.everydayhero.com/au/elena-gosse-dancing-ceo-s#/. Make sure to include a support message to show our industry’s support.

Every $5 donation is a ‘High Five’ against domestic violence. You can give as many tax deductible high fives as you like! Just think, if 500 industry members each donated $5 that would mean $2,500 toward Elena’s $10,000 fundraising goal!

All funds raised will go to Women’s Legal Service Queensland (WLSQ) to help to deliver free legal and welfare help to those who need it most.

• On average two women each week are killed by domestic violence in Australia.

• Domestic violence has long lasting effects on one in four children.

REMEMBER – ALL DONATIONS OVER $2 ARE TAX DEDUCTIBLE.