A childhood marked by family violence in the home was not enough to dampen the ambition or success of Brisbane businesswoman Elena Gosse, but it has served as the driving force of her work to help raise funds for those who continue to face the same challenge.

Today, Ms Gosse, the CEO of award-winning water disinfection for swimming pools company AIS Water, has been named a finalist in the 2020 Westfield Local Heroes campaign as a Westfield Carindale representative.  She plans on using her high profile to ensure Women’s Legal Service Queensland (WLSQ) receives a $10,000 donation.

But she needs your help!

Winners are decided by public vote with voting open from 9am Tuesday 25 August and closing on Monday 14 September 2020. Winners will be announced in October. Votes can be cast by visiting the Elena’s link on the Westfield Carindale web page and voting here:  https://bit.ly/32qPkR8

The outcome of the community vote will determine the final three successful Westfield Carindale Local Heroes, who will each be awarded a grant of $10,000 for their affiliated organisations.

Ms Gosse was one of 225 nominations received by Westfield Carindale and has named Women’s Legal Service Queensland as her donation recipient should she win.

“Sadly, the demand for the free legal advice and services offered to women and children escaping domestic and family violence continues to rise, especially during the Covid-19 crisis, while organisations established to help them struggle to find the funds needed to deliver exactly those services,” she explained.

“WLSQ has helped thousands of women and children and despite their hard work in raising awareness and funds, still need to turn away thousands more in need of help every year.

“This is exactly why we are encouraging people to get their vote in for Westfield Local Heroes. A $10,000 cash injection will go a long way to helping them help others.”

Ms Gosse has been raising money for WLSQ for the last two years, most notably through her involvement with its Dancing CEOs fundraising event. Since 2018, she has personally raised $115,000 in donations which have gone directly to WLSQ and was named the event’s All-Star Fundraising Champion in 2019 raising an impressive $83,832.

Her interest in raising money to help women and children living with domestic and family violence is very personal indeed for Ms Gosse.

“Domestic violence doesn’t discriminate and can affect people from every background, of every educational level and doesn’t care how much money you earn.

“It is my fervent hope that by raising awareness of domestic violence and the long-lasting damage it can and does do, I can help others – victims and perpetrators – break the cycle they are in and encourage them to strive for their own success, whatever that looks like for them.”

CEO of WLSQ, Angela Lynch, said she was both humbled and hopeful about being named the recipient of the $10,000 donation should Ms Gosse be named a winner.

“We are living in an extraordinary time with the Covid-19 pandemic seeing many of us shut in our homes,” Ms Lynch said. “Home is not always the safe place we would like it to be and unfortunately for some, it has meant being in lockdown with an abuser.

“We have experienced a significant spike in calls on our helpline from women and children who are in desperate need of help and a means to escape their abusers. Every cent we receive to help us provide free legal advice and assistance has the very real potential to save lives.

“I’d encourage everyone to vote for Elena so that we can continue to help women and children at risk.” 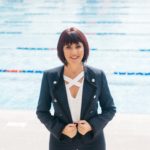